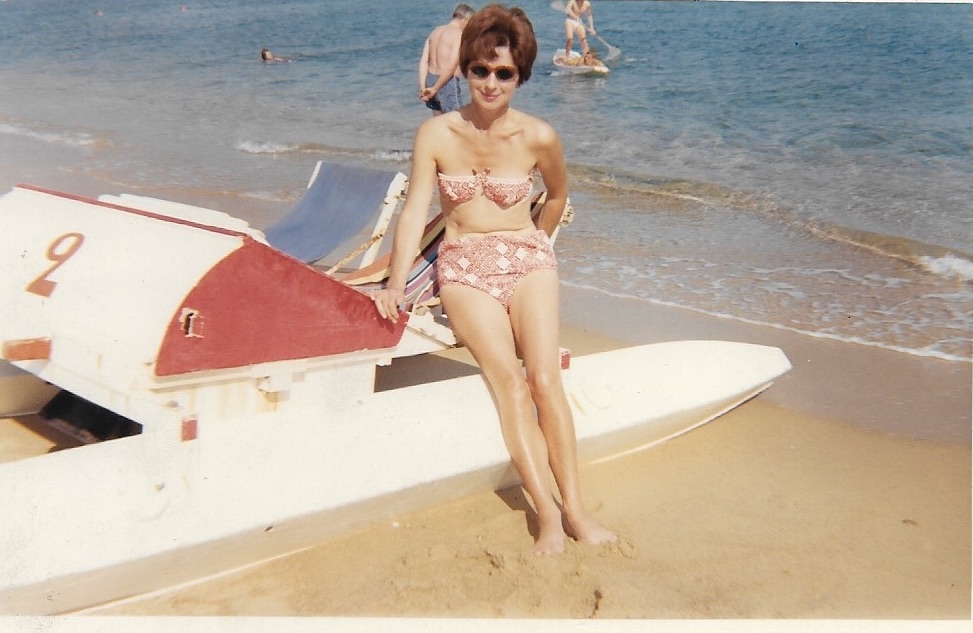 My mother’s default response to most things she couldn’t instantly fix and that were not actually down to her anyway was: ‘It’s not my fault. I can’t help it.’

I don’t recall when I first became consciously aware of this but I suspect I must have begun absorbing the message fairly early on and by the time I was a young adult came to anticipate exactly how she’d react in an array of situations.

I’ve never actually poked around at this before, but I can see now that it led to a pretty fundamental mismatch between how she expected me to behave and her response when I did my best to follow the formula.

From early on, I was tasked with taking responsibility for myself in a multitude of ways — I explored this a bit during Megan’s 2018 challenge and also yesterday — and that was mostly OK. I certainly became self-sufficient, accomplished at avoiding confrontation, and accustomed to my own company at a young age. A singleton latch-key kid earlier than most parents would countenance now.

I knew my friends’ lives looked a bit different, but I’m not here to play the emotionally deprived blame game: my parents undoubtedly loved me dearly, we had some grand adventures, and I wanted for nothing except a little more of their full-on focus and the chance to be a little less of an adult in miniature.

And retrospect is anyway a bit of dodgy beast: any of us can take a set of loosely recalled memories and spin them around to match the story we want to tell right now. And right now, of course, I’m looking for evidence that my mother sought one thing of me and then responded with something quite different on her own account.

Inevitably, I have no idea when she embraced the ‘not my fault, I can’t help it’ mantra: was it a response to her own childhood? Or did it evolve in adolescence? Before she met my father? After? A product of their long marriage? I’ll never know — both parents died within six months of each other in 1996.

I do know that she was intelligent, beautiful, almost criminally under-educated (she left school at 14 to satisfy her stage-struck mother), sharp, witty, and — like me — courageous when it came to calling out injustice. She could also be excellent company between bouts of extreme sadness when she’d vanish into her shell. She was probably clinically depressed for large chunks of her life, and this may well explain at least some of the mismatch I am describing.

Nonetheless, it was frustrating for me — for example — to arrive at my parents’ house in Sussex after driving south from my then home in Derbyshire, explain that the traffic had been hideous and that’s why I was late, and then be instantly met with: ‘It’s not my fault, I can’t help it.’ I can see her now, delivering that response, and being struck dumb. What can you say to that, without becoming immediately confrontational? Of course the traffic on the M20 wasn’t her fault — how could it ever have been? What are you even talking about?

More perniciously, however, she could also carry over this weird abdication of power into areas of her life where she did have at least some control. By far the most tragic example was her response to suffering a stroke in her early 70s.

I recall so vividly visiting her in hospital the following day, her lying there, her cognition unaffected but saying nothing, a victim’s veil descending over her even as I watched. Across from her, however, was a woman at least 10 years my mother’s senior who was coming at her challenge from a rather different direction. For her, having a stroke was a colossal affront: how dare her body lay this one on her? She had stuff to do, people to see, people relied on her, and the sooner she could start physio and get out of this place the better.

The contrast was so stark that it took my breath away. And as my mother went on to deteriorate and decline over the next few years without regaining a slither of what she’d had, I’ll bet her hospital neighbour was back out in her community helping — as she put it — ‘the old people’. No, not me judging, just observing: whatever the reason, my mother gave up and became subsumed by the ultimate ‘not my fault, I can’t help it’.

There’s no moral or tidy outro to this tale — it’s just another slice of my life which, like all our lives, is peppered with contradictory back stories, pieces of puzzles that don’t quite fit, and questions to which there can never be an answer.