How I replaced one story about myself with quite another… 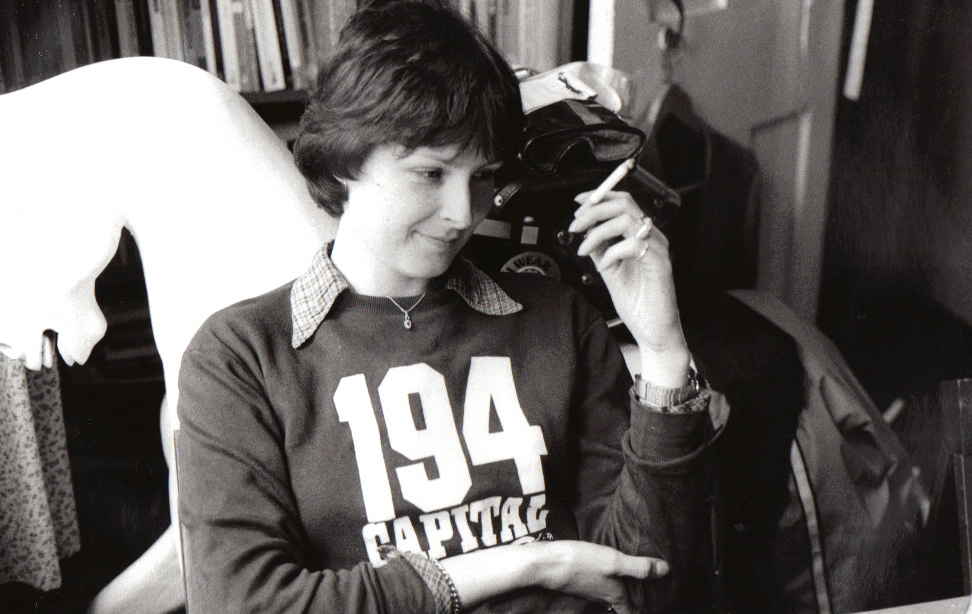 For Day 15 of my 21 Daring Days writing challenge, I’m to ‘write the truth about something you previously told a bad and inauthentic story about.’

That was the story I told about myself, and consequently had told back to me, throughout my adolescence and into adulthood.

And it’s taken this long to have a good delve around to see if I can find the source of something that definitely played a significant role in defining who I was, though not who I am now.

Early school memories include acquiring a splinter off a rounders bat which ended up getting so far embedded behind my left thumb nail that the whole nail had to come off. Under general anaesthetic. I was about seven or eight. There is a particular hospital smell that still hurls me head over heels back to the recovery room in the long-demolished Middlesex Hospital, waking up wondering where I was and with the world’s most enormous bandage round my left thumb.

I can, I feel, be forgiven for becoming a tad wary of anything involving wooden bats after that!

But what about the rest of it? What about netball, or tennis, or football, or the dear old gym hall? They were all something to be endured and then dodged entirely post-pubescence. Indeed, my mother connived in this, writing ‘Eugenie has her period and asks to be excused’ notes pretty much on demand.

And there, I suspect, lies at least one of the sources: my parents were not sporty. Never had been. My father enjoyed watching cricket and football, but that’s as far as it went. I guess he also carted around with him a ‘crap at sport’ label while my mother had not, I think, been given much opportunity to even find out one way or the other.

So I can now see that I must have picked up this baton and run with it — or, rather, not run with it — and my parents chose not to intervene. The only exception was skiing, but that was as much about my parents’ love of being in the mountains as the actual taking of exercise. In fact, my father gave up on ski-ing about five minutes after first putting on a pair of skis — he stuck with long, solitary Alpine walks after that.

My dislike of sport was further exacerbated by the chronic hayfever that plagued me every summer — playing tennis when you can’t see properly, you’re sneezing, and your nose is streaming is never going to end well, and it didn’t. I was asked to leave the court aged around 13 and I never went back — which I of course viewed as significant vindication that Eugenie is crap at sport.

So I could swim OK, and I could ski reasonably well, but I headed out of my teenage years with a tobacco habit and absolutely no proper understanding of the connection between diet and exercise and good health — and it’s not as though the evidence wasn’t already well out there: I just chose not to engage with it.

And I can see that I was using the story I’d by now been honing for at least ten years as justification for some serious sloth. ‘I’m crap at sport so I’ll not join you at badminton. Maybe see you down the pub later…’

Then, in my mid-20s, a light bulb came on. Slowly, and a little dimly at first, but I guess it was pointing out that I was nearer 30 than 20 and something had to change. So I began to gingerly challenge my own story, and it wasn’t easy: when you’ve hard wired a belief about yourself, there’s a lot of work to do.

I came at it from the diet end first, going on to become a veggie, and then I began jogging — can’t call it running — and it was truly horrible. But I stuck with it, I overcame my acute self-consciousness, it became less horrible every time I put on my trainers and, within a couple of months, I discovered I was enjoying it. Soon I’d stopped smoking, I’d toned up, and I just felt better, more balanced, altogether stronger.

Next I joined Buxton Athletic Club and — under with the guidance of my most wonderful mentor, the late Norman Taylor — began entering local races. I always finished middle of the pack, but my competitive gene — so long dormant in this context — came to life and I discovered a whole new side to myself.

And I’ve not looked back: more than 30 years on, I still run (including four marathons), I swim open water year-round, and I’ve completed several triathlons up to half-iron distance. (I’ve now sidelined my bike somewhat as I’ve lost my enthusiasm for sharing the road with selfish drivers.) I still ski, I do yoga, and now I’m taking on stand-up paddleboarding, with a whole new, and exciting, learning curve ahead.

At some point on this journey from the early 1980s — and I really can’t pinpoint exactly when — I allowed myself to fully jettison my old, inauthentic, story around sport and exercise and adopt a new self-image altogether.

Now I run (excuse pun) with a very different story, one that truly reflects who I am, and one that I hope is — from time to time — just a little bit inspiring.