A life on the move — running away or running home? 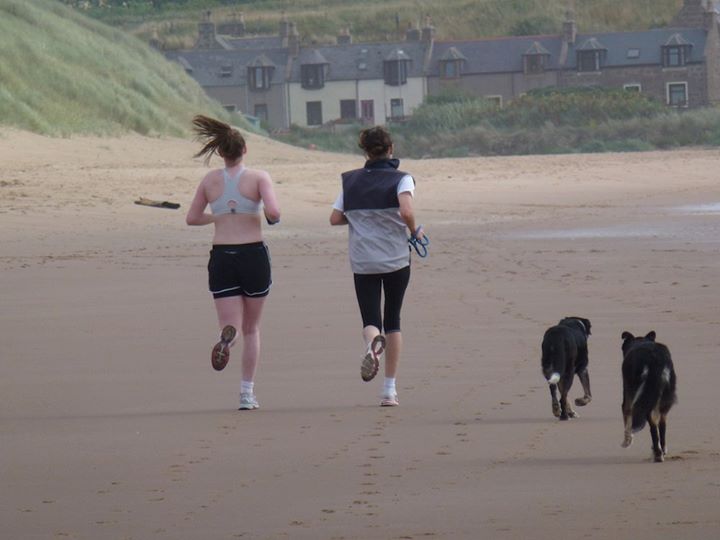 It’s Day 20, the penultimate day of my 21 Days of Courage, and I’m looking at being the outsider…

I’ve moved home 15 times so far and while I know that’s chicken feed for your average forces family, it’s still pretty fair going for most mortals.

The first three moves I had no say in but the rest were all my choice, one way or another. And every time you move, you have the opportunity to reinvent yourself.

So how has that actually played for me?

In my mid-20s, and after a fair few addresses, I left my native London to head to Manchester for both personal and professional reasons. As I jumped into my shiny new life I left behind my family and the only circle of friends I’d ever known: I was definitely on the rebound, running away, and I knowingly stepped into a marriage doomed to failure.

Regrets? Oh yes, I had a few, but I met new people, put down roots of a sort and — crucially — I did not scuttle back down south. I stayed north.

In fact — in a pretty bold step for a born-and-bred city girl — I moved from Manchester to the country. And loved it. For the next ten years, I lived in the Peak District, here and there, on my own and not on my own. I became a hill walker, I became a dog owner, I became a runner, and I became a mother. New friends, new interests, new challenges, new tribes.

Next, I moved further north, north of Aberdeen, infant daughter and dog in tow, and stayed in Scotland for 17 years. I was to wear a variety of professional hats, get married again, get (very amicably) divorced, get a master’s degree, and see my daughter morph from toddler to fine young adult. I was in Aberdeenshire longer than I have been anywhere else, and the one actual move I made was — literally — next door. More roots? Yes, and deeper ones this time for sure.

Then, daughter by now at university in Dundee, affairs of the heart pulled me back to England eight or so years ago and that’s where you find me now: happy at home in the Home Counties with my partner and our dog. I’ve forged new local friendships and found new tribes, a good number of them through my passions for open water swimming and stand-up paddleboarding.

My Peak District links are not as strong as they once were and those to Aberdeenshire are also slowly getting looser. But they are still there, keeping alive those earlier versions of me.

Throughout my crisscrossing of the UK, most of my London friends stayed anchored to their roots: only a few have moved away, mostly not too far, and on and off over the nearly 40 years since I pointed that Hertz van north and headed up the M1 they have told me I am both bonkers and courageous for seeking to refresh my horizons.

I never did a gap year nor have I worked overseas, and I haven’t travelled outside Europe and North America. But I have faced the very particular challenges of being the outsider. For years and years, I have been the outsider — in fact, I realise now it’s quite possible I have always been the outsider and moving from place to place has just been my way of normalising it.

Because you’d think that now I am a matter of just 35 or so miles from where I was born, I’d feel at home. But actually I don’t — if anywhere feels like home, it’s still Scotland and that is like as not in large measure because it’s where my daughter continues to make her home (for now, anyway).

So am I bonkers? Courageous? A bit of both — it does take courage to turn your back on what’s safe and familiar and step into something intrinsically unknown and uncertain, and come up with a persona that you hope might fit in.

Of course, many millions of people are on the move all the time and I am the first to acknowledge that most reinventions are far, far bolder, braver, riskier than mine — including all those not made by choice.

But I must be careful not to fall into the self-limiting trap of comparison here because in the end — as I’ve been exploring throughout this year’s writing challenge — we are all of us the sum of our parts and we have to live with the version of ourselves we are wearing at any given time.

I’ve run away, and I’ve run towards. I’ve knowingly done both, and I’m mostly OK with the current version of me those choices have created. She has her shortcomings, this me, but she’ll do. For now.

Image: me and my daughter Claire running the beach in Cruden Bay, Aberdeenshire, where we lived for 17 years. With us are the late Lucy (right) and Josie (nearest me), another awesome mother-daughter combo. Photo by Bob McKenzie