Tracing patterns back to the trenches of World War 1 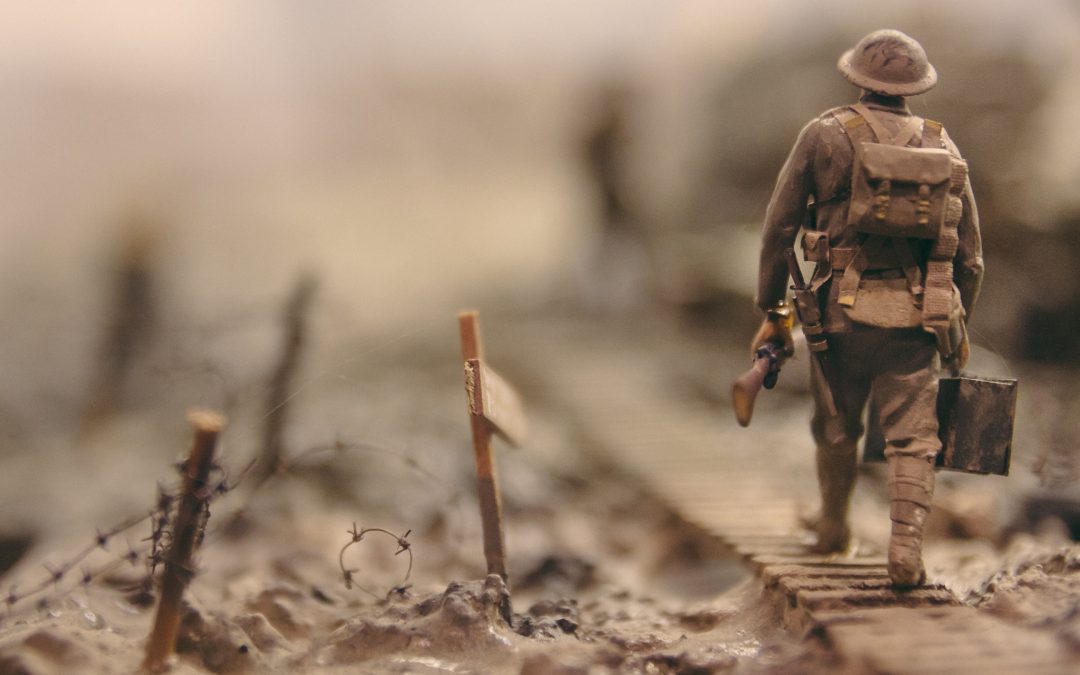 I never knew either of my grandfathers — they had died before I was born.

Of my paternal grandfather, I know next to nothing: he disappeared, basically. My father’s last contact with him — after a lifetime of disconnect — was a chance meeting at Leicester Square Underground station in central London some time in the mid-1940s. Father asked son for the borrow of a fiver and son handed over a fiver. And that was the end of that.

On my mother’s side there is more to know, but actually not a huge amount more — a recurring theme in my family. My French grandfather Henri grew up in Auxerre, in Burgundy, but he may not have born there as he was — or so I was told — adopted.

What I do know is that he moved to London in the late 1890s, and launched his business — H A Percheron Ltd (nothing to do with the horses!) in 1898. He met and married my London Irish grandmother, more than 20 years his junior, at some point during the following dozen or so years and their first child, my uncle, was born in 1915.

My grandfather was by then wearing French World War 1 uniform, fighting in the trenches. He was still fighting when my mother — like my uncle undoubtedly conceived on leave — was born in April 2018, seven months before the formal end of hostilities. (Their youngest child was born in 1921, after some semblance of normality had been restored.)

I don’t know where my grandfather fought, I don’t know exactly what happened to him, and that’s at least in part because he went to his grave having never fully opened up about the horror of what he had lived through.

What I do know, because all three of his children alluded to it at various times when I was growing up, is that he may have been honoured for bravery. The family myth was that he was awarded the Croix de Guerre, but if he was I could find no trace of it after the deaths of first my uncle, then my mother, and finally my aunt. And I can find nothing online, either, or from the French authorities.

But it matters not — pretty much everyone on the frontline of that bloody and pointless conflict deserved to be honoured for bravery as far as I’m concerned, whatever side they were fighting on.

From everything my mother and her siblings said down the years, it’s clear that — like so many, many millions of others — my grandfather was left permanently scarred by what he’d experienced.

And his trauma filtered down to his children and — quite possibly — just a little bit to me, his only grandchild. My mother, her brother and sister grew up with his mood swings — one minute the exuberant indulgent daddy (especially with my aunt, born without any taint of war), the next withdrawn and mono-syllabic, or irritated, or shouting, or criticising. His wife, my grandmother, would look on unable or unwilling to intercede — possibly she felt she had no right because he so thoroughly acquiesced in her single-minded quest to raise three world-famous stage performers.

The fall-out from all of this — what we’d now label PTSD plus my grandmother’s grand folly — led to three pretty screwed-up adults. My uncle and my mother both died disappointed with how their lives had turned out. I have no doubt about that. They were, in their separate ways, both tortured souls who never found peace with their past or their present.

My aunt — who grew up the youngest, the cutest, the favourite — fared better, but not without years of floundering, self-doubt, three marriages, and a lot of analysis. By the time she died aged 89, she had I think overcome a lot of her volatile childhood and the other stuff thrown at her after she was catapulted by her mother onto the stage at 14. She had the courage to confront her demons; my mother and uncle never did.

And as for me, well I grew up on the receiving end of my mother’s by then well-honed ability to be disappointed, and I know I did disappoint her much of the time. She was scrupulous in avoiding the overt pressure her parents had put on her, but she nonetheless always let me know — with a sigh or a few chosen passive-aggressive words — when she felt I’d let her down. A straightforward ‘What was that about?’ would quite possibly have served us both rather better.

When it came to my turn — and though I don’t doubt I created new responses — I bent over backwards not to replicate any of this unhelpful stuff as my own daughter was growing up. From what she says now, as a young adult, I believe I pretty much succeeded and, hopefully, that particular pattern — with origins going back over a century — has been broken for good.