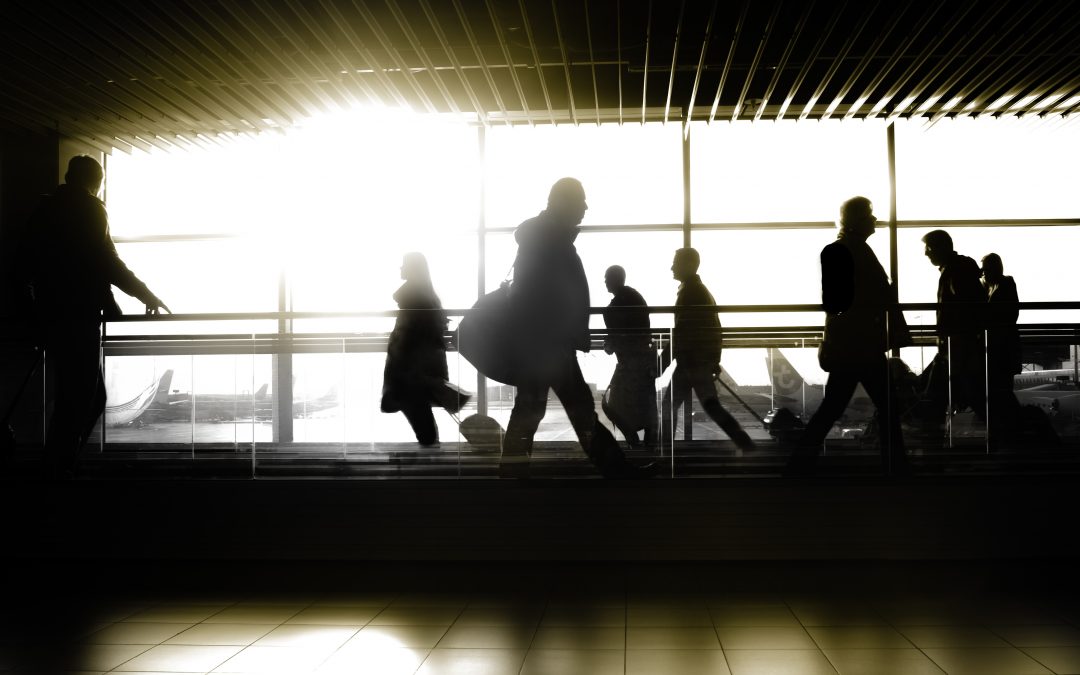 Was a time when I’d head for an airport and pull on this endearing mantle of anonymity, and have it comfortably in place before reaching check-in.

I’d park ‘regular me’ and morph effortlessly into ‘traveller me’, a me who knew no one and was in turn known to no one — bar the very occasional ‘fancy meeting you here…’ encounter.

Temporarily parked in this soulless no-man’s land that pretty much defines transience, I could choose to be whoever I fancied being that particular day, at that particular time. And — back in the far, far away day — it more than once crossed my mind that I could probably behave quite badly and get away with it.

I never did — behave badly, that is.

And what I know with absolute certainty is that I could get away with absolutely nothing now. Anonymity is pretty much over in 2021 — you can hide behind a mask if that is your wish, but you can’t hide behind much else and hope to remain connected in any meaningful way to what we now perceive as our ‘real world’.

We’re being tracked wherever we go, whatever we do. You don’t, I am sure, need me to count the ways.

I’m currently catching up on Channel 5’s New Lives in the Wild in which Ben Fogle meets people who have reinvented themselves off-grid. They’ve very deliberately, and not without significant sacrifice, turned away from all the transient stuff we tell ourselves we can’t live without and are proving that, actually, yes, we can.

To use the series marketing tag, they have ‘given up the rat race’.

What’s relevant here, of course, is that the people Fogle meets have chosen a form of anonymity. They’re obviously not anonymous at the moment their names and faces are all over our screens, but they can effortlessly slip back into peaceful obscurity once the cameras move on.

Something we can no longer do, in our mainstream monitored, locked down lives.

And I have to say that I’m finding it all pretty compelling. I am hugely uncomfortable with the level of surveillance we are already under, and there are facets of what’s going on right now and in plain sight that will take this up not one level but very many.

Will I head for the hills, escape Big Brother and find peace? Vanishingly unlikely, but you know what? Were I younger, had I more life ahead of me than behind, I’d be so tempted: the chance to ditch so much of unhealthy, dangerous irrelevance, park vast chunks of ego, and seek out instead true humility, self-awareness, and oneness?

Why wouldn’t I give it a heart-led try? Why on earth wouldn’t I?