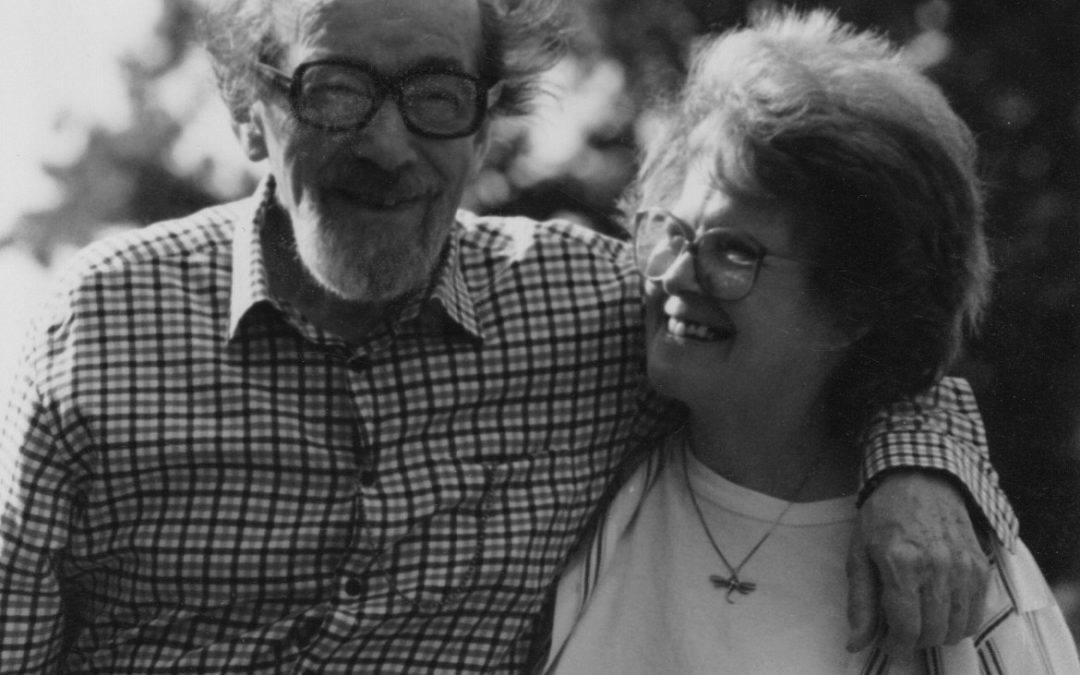 On Day 3 of my 21 Days of Transience, we head for rural Gloucestershire…

I never thought to ask my aunt exactly why her husband wanted to be buried in a Gloucestershire churchyard.

Born Vilmos Levy into a family of Budapest doctors and intellectuals, he was after all a most unlikely candidate for a traditional Christian funeral and a peaceful corner somewhere that will be forever England.

But here was a man who recognised early on that we sometimes need to actively embrace transience and reinvent ourselves simply to survive.

Like his doctor mother and psychiatrist mother, he began studying medicine but what he was driven to be was an artist. So he walked away from a steady career and pursued his dream — in Vienna, Paris, and Prague, as well as his native Hungary.

By 1938, however, being identified as a Jewish artist in central Europe was becoming increasingly perilous and the 27-year-old Vilmos packed up and left Budapest for the very last time. He never went back. Not once.

I also never thought to find out why he chose England rather than, say, the United States, or Canada, or neutral Switzerland, but whatever his reason he headed straight for London and created a new version of himself as Peter Lambda.

This was the version I knew and loved as ‘Uncle Peter’ — generous, funny, larger than life, prone to melodrama, and extraordinarily talented. My parents, you may recall, weren’t big on entertaining and socialising when I was growing up, nor were they much humoured by any of their family.

Peter and my aunt Betty — my mother’s sister — were the exact opposite.

They would breeze into the house we shared with my grandmother, taking centre stage and bringing with them gifts and much-needed laughter, light and joy. By now Peter had built his reputation as an accomplished sculptor, and — as Betty Paul — my aunt had played Broadway and the West End as an actress.

(All this did little to endear them to my mother, but that’s her story and was neither theirs nor mine to unpick.)

For both Betty and Peter, it was third time lucky and they married in 1958 having ‘lived in sin’ for a good while as various divorces ambled along towards absolute. They were city people through and through, and some of my strongest and richest memories are of days (as a child) and nights (as a young adult) putting the world to rights at the table in their flat in London’s Old Brompton Road.

By the 1980s, they’d had enough of city life and — to the surprise of many who knew them — landed in Tibberton, a village near Newent in Gloucestershire. Their new home was a truly stunning first-floor flat in a converted country house owned by one of Peter’s Hungarian diaspora friends. And, once again, Peter reinvented himself: not as an English country gentleman exactly, but this version had no difficulty slewing off any remnants of urban chic and embracing the rhythms of rural life — complete with Hungarian Puli dog.

I can’t say for certain that Peter was a fully paid-up atheist, but he certainly followed no recognised faith and was scathing about organised religion. So when he died in 1995 and Betty announced that his wish was to be buried in Tibberton churchyard after a full C of E service complete with All Things Bright and Beautiful, I doubt I was the only one who could truthfully say they weren’t expecting that.

And it was a beautiful celebration — they had by now made many local friends — in an archetypically comforting English church, and I absolutely love that this larger-than-life refugee from tyranny has his final resting place somewhere of such textbook tranquility.

My beloved Betty died 10 years ago this month — she would have been 100 in May — and her ashes (she chose cremation) are mixed in with the earth that marks Peter’s grave.

Do I miss them? Not in the painful pining sense, but I would love to be able to sense-check from time to time, especially right now. And I can’t imagine that Peter would do anything other than warn us to be vigilant as we watch the sidelining of our long-held liberties.

After all, he saw exactly what happens when good men do nothing. Up close, and personal.

Image: Peter Lambda — Uncle Peter — and my aunt Betty at their home in Tibberton, Gloucestershire, in the late 1980s.