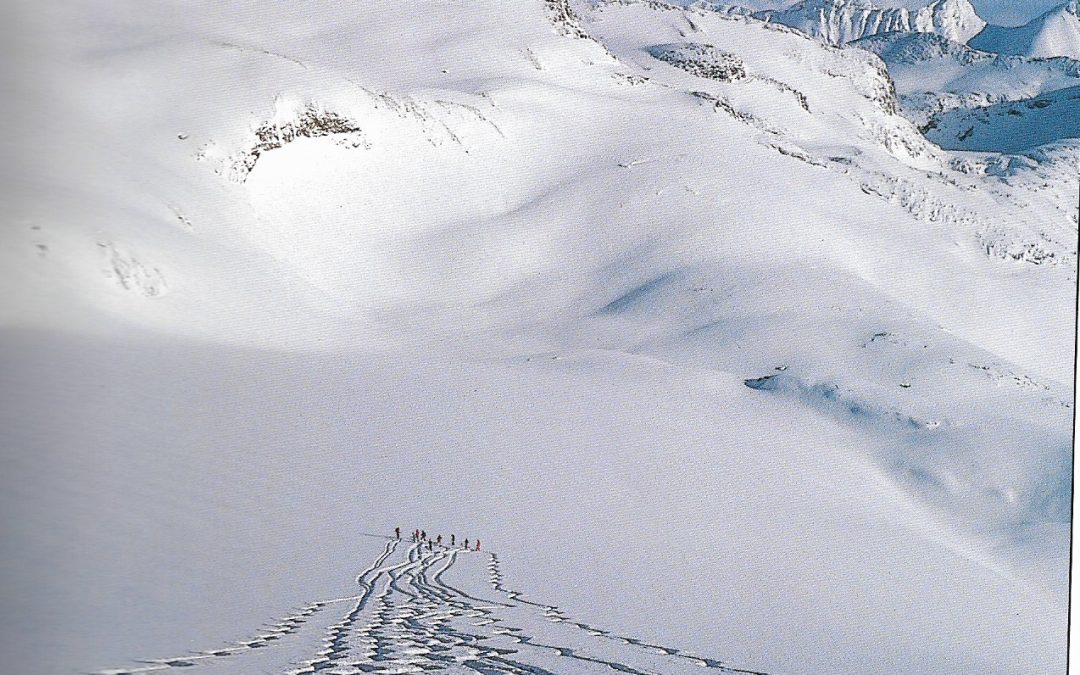 Day 20, the penultimate day of my 21 Days of Transience, and I’m transported back to the Canadian Rockies…

The first day was a disaster.

Visibility was dire, the snow was gloop, I had almost no idea what I was doing, and was spending most of my time digging myself out of wherever I’d mistakenly pointed my skis.

No, not my initiation to possibly my favourite sport — that took place many years earlier — but my introduction to heli-skiing high in the Rockies in British Columbia.

That trip to western Canada in spring 1988 was, without question, the best one I ever pulled off wearing a freelance travel writer’s hat. I’d managed to pitch enough people to publish what I’d be writing and I’d also managed to organise a stunning itinerary that came largely free.

I’d already sampled Vancouver and Calgary and was now driving myself back to the BC coast for a side trip down to Seattle via some of Canada’s most stunning ski resorts, including Panorama where I settled myself for a few days.

And the absolute highlight of my stay — I’m inclined to say of the whole expedition — was grabbing the (free) opportunity to climb aboard a helicopter, head away from the lifts and trails for a day, and hit the powder.

Except that when the day arrived, it didn’t look like it did in the promo photos. It was, to use a fine Scottish word, dreich and utterly uninviting as we set off and it wasn’t much more inviting when we touched down.

Out there in the wilderness, there is a truly magical moment between the high adrenaline noise and downrush created by a helicopter as it lands and you disembark and the absolute silence that follows as it disappears.

None of that was lost on me, only the actual experience I was there to, well, experience. I couldn’t get any decent photos either, and that was — rather obviously — part of the media deal.

But I have always, generally, been a half-full person and by the time we got back to Panorama village, I knew I had to give this another go — even though I couldn’t possibly pitch for another freebie.

So the following day, I handed over a not inconsiderable quantity of Canadian dollars and we set off again. I felt a little vindicated when I discovered a couple of my companions who had also spent the day before wiping out were equally determined to go back and make their mark.

And make a mark we did.

Just like in the main photo above — which comes from a souvenir book I’ve trundled around with me ever since — the sky really was that blue and the snow that glittery glorious. 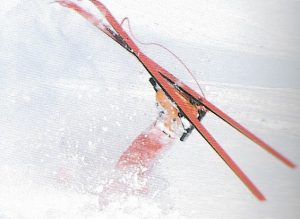 Back then, skis were a lot longer and thinner (see photo) and I continue to remain proud of myself for leaving picture-perfect trails through the powder on my rental 180cms. And I did it over and over again: the change in snow texture and just being able to see where I was going transformed everything.

We all of us wanted more, more, more. And indeed more Canadian dollars changed hands as we got our wish and skied our socks off until reluctantly boarding the helicopter for the very last time.

I guess we all have days we want to go on forever and that remains right up there among mine: I can recall so much of it, of how that day looked and felt, the sun on my face, the euphoria of bouncing through the snow, looking back up at where I’d come from. All of it.

In the grand scheme of things, it was transient in the extreme: just one single day. But it was so much more than the sum of its parts and though I’ve heli-skied in Europe since, nothing has come close to the unalloyed magic of those hours in the high BC mountains when everything synched into perfect place.

Image: Heli-skiing in the Canadian Monashees in the late 1980s. The photo is from ‘Heli-ski The Cariboos & Monashees’ by Neal and Linda Rogers, which I’ve kept all these years…