Why it’s best not to mix exams and politics… 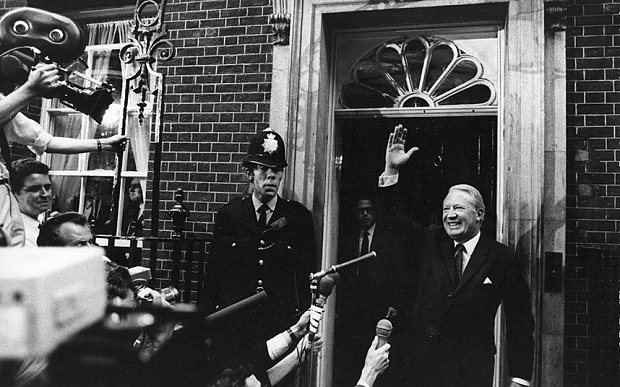 It’s the day before my GCE O-Level art exam and what I’m not doing is chilling out with my friends or getting my head into any kind of a creative space.

No, on 18 June 1970 I am instead out knocking on doors to ‘get the vote out’ for Labour because today there’s a general election. I’m following up on all that canvassing I’d been doing in the run-up to this, the big day.

I’d been fully aware of what was going on during the 1964 and 1966 general elections, and — along with politicians, pollsters, and my parents — was entirely confident that incumbent Prime Minister Harold Wilson was going to stay put in Downing Street.

That’s what I’d been hearing for weeks when, as a new Labour recruit, I’d been out on the streets of London’s St Marylebone constituency where we lived. As solid a Tory a seat as they come, there were nonetheless sizeable pockets of deprivation and that’s where we focused our attention. We knew Labour wouldn’t win the seat, but we could still do our best.

(Bizarrely, the branch secretary was the Dowager Lady Lucan, a wonderful woman I only ever knew as Kate. A woman of absolute integrity and commitment whose world would come crashing down around her four years later when her son disappeared following the murder of his children’s nanny.)

For the teenage me, all this hands-on politicking was exciting and new but not without its sobering moments. Had I been a more experienced campaigner and better able to pick up subtle cues, I might have spotted that Labour wasn’t actually playing quite as well as it at first seemed in its tiny St Marylebone heartland.

We got politely rebuffed a fair bit on the doorstep, particularly among self-identifying Labour voters, but there was one lesson I learned that I’ve never, ever forgotten. Indeed, I gave it a label — a label I still use.

Shortly before polling day, and just as we were leaving one of the large Westminster City Council-owned estates (all sold off now), we came across a group just hanging around enjoying the summer evening. They were not much older than me, but most of them old enough to vote.

Me: ‘You voting Labour?’

Me: ‘Why’s that? Surely you don’t want the Tories back?’

And with that, he turned his back on us and walked away.

That was a sobering moment: I realised in an instant that everything I thought was so important didn’t necessarily matter to the people I believed would care the most. It instead boiled down to the price of a chocolate bar — which had indeed risen under Labour.

The Mars Bar Factor, I call it. Never underestimate it.

But back to election night and I head for home after doing my best to nudge Labour’s supporters to the polls and find my parents glued to the TV — with long faces. The optimism has all gone.

‘Yes, but there’s only one poll that matters.’ Yup. Another quick lesson learned.

And Dad — a highly accomplished amateur psephologist — was absolutely right. He predicted the result to within a couple of blue seats.

The following morning I was knackered and in bits and I so clearly recall sitting on the London Underground Northern Line heading for school — art exam, remember? — reading a paper (The Guardian most likely) and crying my eyes out.

Clearly, the world had ended, and we were all doomed now that Edward Heath had booted Wilson out of Downing Street. How could this have happened? What was wrong with people? What on earth did they think they were doing? (I have to say that this was by no means the only time I’ve had the self-same rhetorical dialogue with the electorate — in fact, I don’t need to roll back many months to find the most recent occasion…)

So I arrive at school a useless mess but nonetheless take up my place at my easel. The morning slithers past and I vaguely dab paint on the still life canvass, still snivelling from time to time. My schoolmates are mostly sympathetic, though they think I’m completely nuts.

Then I go home to wail and weep and sleep and play the painful post-mortem game a little more.

Art was the only O-Level I failed that summer. I had no regrets then and I have none now. In many ways, I came of age during that election campaign and I wouldn’t change a thing — except, of course, the outcome.

Oh, and I passed my Art at re-sit — Grade 4, I seem to recall. Not that anyone has ever asked.