Where the penny dropped that nothing is forever… 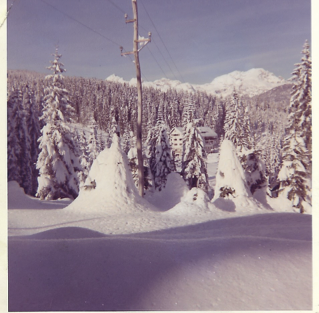 It’s Day 1 of this annual writing challenge imagined into reality by Megan Macedo, founder of Be Yourself Marketing and a remarkable philosopher and writer.

For the fourth time, I’m joining a group of writers from across the world who forget from year to year quite how challenging it actually is to turn the prompts Megan gives us into something coherent enough to put out there.

You won’t see these prompts, just what I make of them within my theme which this year is 21 Days of Transience nested under the wider topic of ‘place’.

Let’s start, though, by doing the dictionary definition thing and defining ‘transience’. I like this version, from Collins:

As I write, it’s snowing outside — or rather, it’s giving it a rather feeble go. As a mate most eloquently put it earlier, this stuff looks like ash from a lazy paper fire. Not proper snow at all, not snow of the type I encountered growing up.

Back then, back in the 1960s, proper snow was woven into my winters — at home, yes, usually at least twice a year even in London, but more particularly on our annual jaunt across Europe to Slovenia. I wrote about one aspect of this tortuous voyage at the start of last year’s writing challenge; time to focus on quite another.

My first taste of winter sports was in Austria when I was six, and I do have some pretty clear memories of that, in particular my father being strapped into a pair of skis for the first time, immediately falling on his backside, taking off the skis, and never trying again.

But then my parents hefted themselves to Yugoslavia in a big way, and after our first summer in Montenegro we headed — at the recommendation of my Serbian ‘second mother’ —  to the Julian Alps two days after Christmas 1961. Our destination was the Sport Hotel, Pokljuka, which — Google shows me — is still there, had its most recent makeover in 2015, and gets a respectable 4.5 on TripAdvisor.

Back then, it was pretty basic but chalet-style cosy, everyone was friendly and welcoming to the novelty Brits, and the location was — and is — simply stunning. Apropos of nothing, it was in the Sport Hotel that I had my first duvet experience: they weren’t even on the horizon in the UK then, and I remember just leaning in and surrendering to this toasty feathery abundance.

Pokljuka was also where I learned to ski — Austria had been an introduction of sorts, but here I really got stuck in and over that first winter and the ones to follow (I did say my parents were well-hefted) I mastered techniques only skiers of a certain age would now recognise. Herringbone, anyone? Sustained side-step in the absence of a ski lift after overnight snow? (The kit is for another day — ski on those planks, and you could ski on anything…)

But that first year in Pokljuka also introduced me to the concept of transience, though I obviously would not have reached for that label at the time. Perhaps it was because this was the first time I’d seen the merging of two years marked by joyful celebration, but it was here that I fully clocked that nothing is forever and you can’t go back.

And that’s when — I think, I sense — I also became just a little obsessed with the finite nature of holidays. And I still do it. Almost as I arrive somewhere, on that first unpacking day, I start looking ahead to the last day, the end, when you’re emptying the cupboards and drawers back into your suitcase. And if I’m not careful, I can allow the anticipated transience of the experience to — albeit briefly — undermine the joy of the experience itself.

As has happened multiple times during these writing challenges, it’s only now, right now, that I’ve unpicked this one by bringing forward a little cluster of long-buried memories, memories honed from the slightly melancholy ‘a-ha’ moment of a seven-year-old watching adults, glasses in hand, counting down to the Bells.

Who knows what tomorrow’s prompt will bring?

PS As part of the challenge we’re playing with What3Words… Here’s the one I like best for Pokljuka which, over the seven or so new years I saw in there, was resolutely part of Tito’s Yugoslavia… 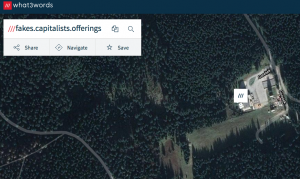 Main image: one of my parents took this photo of Pokljuka, with the Sport Hotel hiding behind the snow-laden trees. Can’t put a year to it, but early 1960s.