What happens when you wing it in a 10k race… 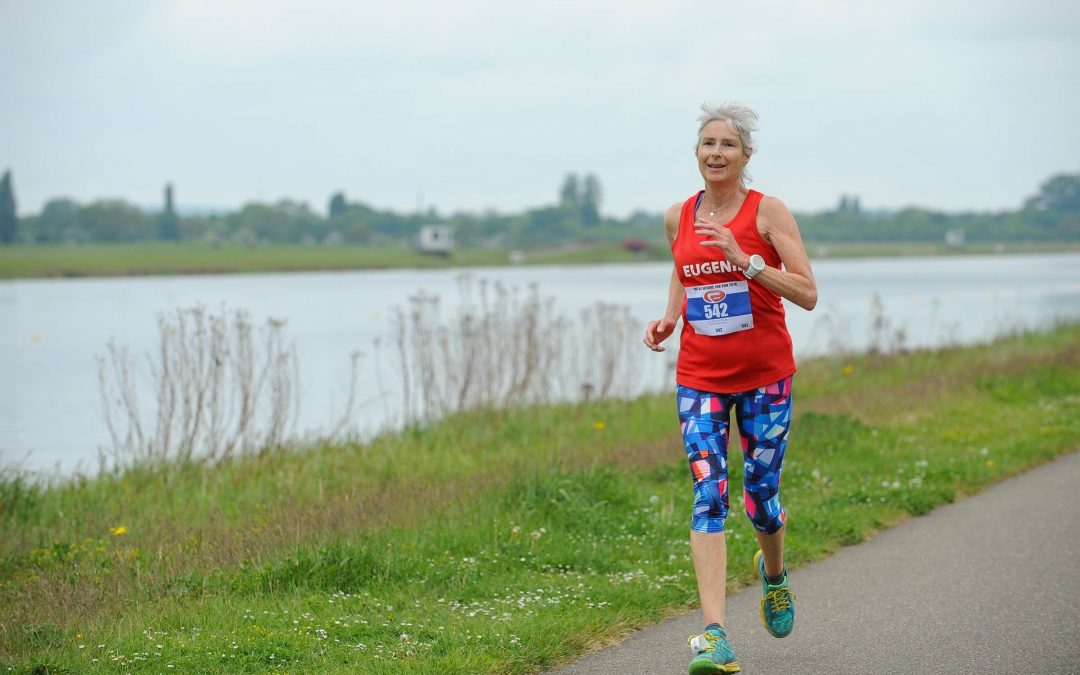 The last time I raced a 10k was nearly a year ago and I’ve not been clocking anything much more than 5k in one go since then.

It was therefore pretty clear as I stood on the start line of the All Nations 10k at Dorney on 12 May that I would be winging it.

There’s nothing wrong with the occasional bit of winging it, but this was a fairly significant step up and I wasn’t at all sure how it was going to play out.

In the 30-plus years I’ve been running, I don’t recall ever starting a race without a reasonable idea of how it’s going to end — bar the unexpected, like tripping over tree roots and random rocks. And that’s because I make at least a rough plan and stick to it, whether that’s for major challenges like the Jungfrau Marathon or for, well, a local 10k.

Except this time I didn’t: over the past six or so months I have been so totally seduced by stand-up paddleboarding that I’ve shifted pretty much all my serious training focus there, leaving time and space for just a few quick runs per week of around the 3k-4k mark.

Even the swimming’s taken a bit of a back seat — I used to clock up a couple of kilometres at a time come spring; now it’s 1k max to make space for the next paddleboard session.

So my lack of 10k prep was the direct consequence of the choices I’ve been making, and had I not been part of the amazing Team Prana Sport I may well have backed out. (Well, that and the fact that I have a title to defend at the Ythan Challenge at the end of June…)

Now one of the huge benefits of running with Team Prana Sport is that you get a race-specific Pranic Healing energy treatment before the start and at the end and the difference that makes is extraordinary. The last time I joined the team — in May last year — I ran my fastest 10k in at least 10 years and finished feeling as fresh as I had when I started, with no residual aches and pains at all.

This time? Well, not quite so much. I won’t lie: the last couple of kilometres were hard work, but I maintained the same pace as I had for almost all the two-lap course around Dorney lake and within minutes of finishing I felt fine.

The Pranic Healing treatment undoubtedly played the biggest part in getting me across the finish line in a respectable 57 minutes and 57 seconds, but so too did the aerobic capacity and core strength that’s been steadily building month on month from all that paddleboarding. My arms, in particular, felt really strong on the run, even when my legs and feet were whingeing loudly towards the end. 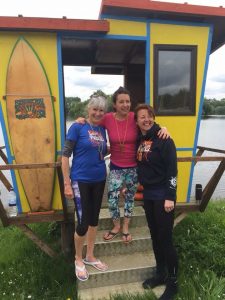 A day on, and I was lining up for yet another SUP race, this time the first in the Bray Lake Summer Series and a lovely downstream/upstream 8k on the Thames between Bray and Windsor. Second in my class, I came away more than happy and delighted that a bit of residual stiffness from the 10k hadn’t stopped me going eyeballs out on my beautiful Starboard once again.

So will I make a habit of winging it in races? No. I got away with it this time, but it felt almost, well, unprofessional, and I will have more than covered the Ythan Challenge distance — and more than once — before I head to Aberdeenshire in June. May mean parking the paddleboard to make way for some longer runs, but it will be done!

(Team Prana Sport — with whom I ran the All Nations 10k — have already raised more than £10,000 for a range of grassroots charities and are now targeting their second £10k. There’s more here… And more about Pranic Healing in general here…)

Main image: Winging it on the All Nations 10k course at Dorney, 12 May 2018. Picture: Wildman Media