Unpicking my secret quest to be famous 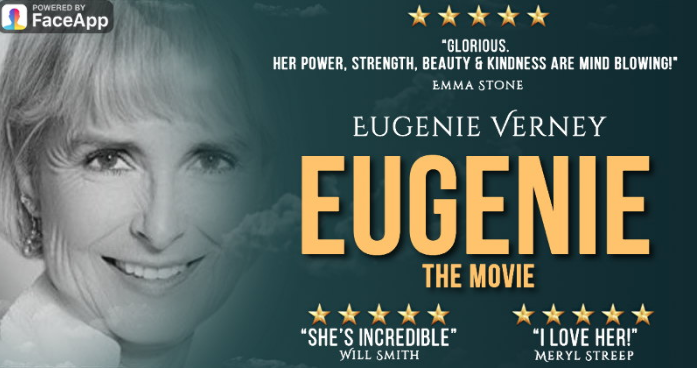 Megan Macedo kept arguably the most challenging for last: the 21st of my 21 Daring Days dares me to ‘write something about a secret you keep (or have kept) from yourself’…

I’ve always carried around this secret notion that one day, some day, I’d be famous.

That I deserved to be famous.

This isn’t something I’ve ever put out there — or if I did as a child, I’ve squirreled it well away — but it is something that’s helped nurture my ‘not good enough’ narrative and year on year nibbled away at my sense of self-worth.

The truth is that I’ve patently arrived at this point in my life entirely untouched by fame, and little I have done has merited recognition beyond family, friends, a few academics, and the odd colleague.

Good grief, I don’t even know what it is I’m supposed to be famous for!

Yet it hangs in there, this secret notion, which suggests to me that it has roots that run very deep and wide.

And I wonder, I just wonder: my maternal grandmother redefined the concept of stage-struck parent, living out her furious ambition through her three children, demanding of each of them that they become successful actors, musicians, movie stars. Famous for something. Just famous.

Only one of them got near, and it was not my mother.

I was acutely aware — though it was little discussed — that my mother harboured a deep ambivalence towards her sister, whose life was indeed sprinkled with the fairy dust of glamour, Broadway, the West End stage, a few movies, and later success as a writer.

Could it be, then, that Mum was unconsciously reliving her own mother’s aspirations? Although I was in no way ever pushed towards becoming a performer, or indeed anything else, did something unsaid burrow its way in and sow the seed that it was my duty to find fame?

Or did I instead, even as a small child, absorb all my mother’s shame and bitterness at her failure to match my aunt’s achievements? Did I at some impressionable point in my young life vow that I’d find a way to make her so proud of me that it would cure her own heartache?

There is alas nobody left in that generation who could help here, so I can only speculate — and besides, at this juncture, the source matters less than the legacy.

Thank goodness, then, for the remarkable American research professor and storyteller Brené Brown, whose work has had a recent but highly significant impact my thinking around the origins of some of the — how shall we put it? — less than helpful stuff I’ve been carting around.

Her insights — all research-based — are many, and many are profound, but in this context I’m particularly drawn to this one: ‘We orphan the parts of us that don’t fit with the ideal.’

So in fixating on this bizarre quest, have I been banishing to the orphanage all those successes, achievements, and moments of pure, simple joy that while more than worthy of celebration could never move me closer to being famous?

And having done so, have I been blindly opening the door to the next player? As Dr Brown puts it, after we’ve successfully created our orphans ‘that just leaves the critic’.

Ah yes, the critic. I’ve already explored the critic’s pernicious and disabling role, its contribution to the ‘not good enough’ dynamic, its uncanny ability to focus solely on the shame.

I am though becoming much better at catching the critic red-handed and moving quickly away from whatever pernicious rabbit hole I was about to be led down, and I also know when I am coming from a place of shame, how to recognise and disarm the tell-tale physical as well as emotional symptoms.

And now that I’ve outed myself on this one, brought my pointless endeavour out of the shadows, put it centre stage and exposed it to public scrutiny, I am watching with almost detached fascination to see if it begins to quietly wither away and lose its power.

My heartfelt thanks to Megan Macedo for initiating this writing challenge: I’ve been more candid in my writing over the past four weeks than I have ever been in any other context, and it’s been scary and liberating in equal measure.

Thank you too for joining me on my 21 Daring Days odyssey.