The day I discovered I’m good enough to win… 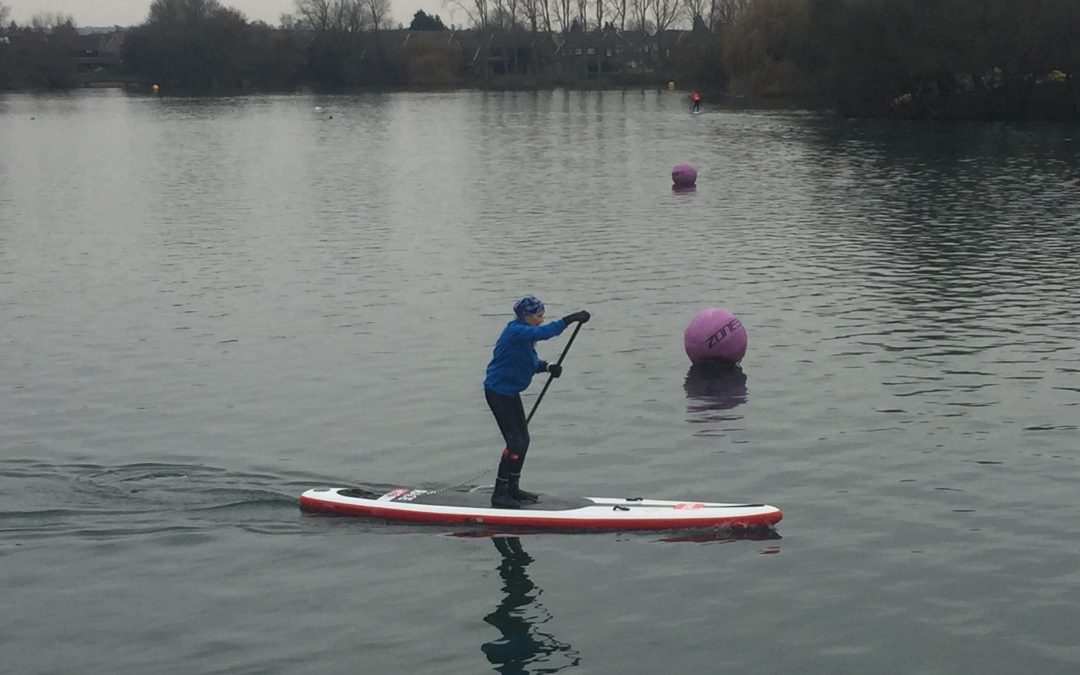 Something unexpected happened at the weekend: I won a race!

Yup. First over the line in only my fourth stand-up paddleboarding event and only the second time in my life I’ve topped the podium as first woman overall.

Now I could easily disappear into a story here: ‘there were only four of us in our novice class’, ‘the conditions were perfect’, ‘it wasn’t too technical, and I lose time on the turns’, ‘I may be a little fitter than the others’, ’I’m sure we’ll all swap places next time’, ‘I’m still really slow compared to the women in the open race’, ‘bit like the hill race I won — only two women in that one’.

I could do that, because that has been my default position for as long as I can remember: diminish my achievements by whatever means I can find, and dismiss others when they want to share in my success because — by my own reckoning — I do not deserve it.

But this time as soon I caught myself venturing down into the ‘I’m not good enough’ rabbit hole — which actually happened almost as soon as I knew I’d won — I pulled back. Because — as I said in December — not only does this response undermine what I’ve done, it also leaves other people feeling as though I don’t consider their support has any value and they’ve made a mistake in sharing it.

So I’m basking in this triumph (I nearly preceded that with ‘minor’ as being unequivocal still makes me a little uncomfortable) with pride and with a good deal of satisfaction. I was, on this occasion, definitely good enough.

Now you may recall that I made a proper arse of the first race in the Bray Lake Frostbite winter series in November, falling in after doing battle with a gale and then failing to finish. In the second race, I managed third out of three and — given the previous month’s outcome — had been satisfied just to complete it intact, particularly after a near miss on the start line.

However, spurred on by that ignominious withdrawal in November, I’ve been training hard. The ‘I’m not good enough’ mantra may take up far too much space in my baggage, but I also have a very strong drive to succeed and improve — especially in the sports I pursue — and I’ve spent a fair bit of time on a SUP board in the weeks since recording that DNF.

And it’s clearly paid off.

I started out on Sunday quietly confident that I’d a good chance of moving up the pecking order, because the conditions were indeed ideal for me. First, no wind. Not a puff. The lake was like glass: perfect. Second, it was a distance event, not a technical race, and this was a serious advantage as I’ve yet to master quick turns. Third, my years of hard-wired running, supplemented by all the other aerobic stuff I do, did give me an edge in the fitness stakes, even though I’m the oldest novice — by some margin — in this race series.

For all of the 3.7 or so kilometres of Sunday’s course I knew who was behind me, but I had no idea who might be in front — the different race classes all compete at the same time — and that helped bring together the elements you need for a good event: great conditions, feeling physically and mentally in tune on the day, and a target.

If there was someone in front, I needed to find out…

As I pulled further away from my Bray training mates on the second lap, I quickly realised there was nobody in front and as I navigated the last 500m, I knew all I actually had to do to win was stay on the board. But I wanted more, so I did what I often do when running towards the finish line: I speeded up, making sure not to overcook it and lose my balance, and pushed as hard as I could. And what a brilliant moment that was, gliding into the finish area and knowing, for sure, that I had won. By a margin, as it turned out, of 57 seconds. 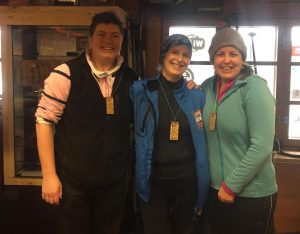 With my fellow Bray Lake novices, Natalie Stock (left), who came in second, and Natalie Buckley (third). Main photo shows my moment of triumph, as I glide across the finish line as first woman novice. Thanks to Fiona Batson for the pix.

Do I want more of that? Er, just a bit! Will I get it? Who knows, but that’s not the point: this is my reward for turning up, going out on the board in the cold, in the dark, training in all weathers, and just doing the work — after Sunday’s prizegiving, I went back out and clocked another 2.8k before calling it a very productive day.

But I think what my small yet significant victory shows above all is that it really is never too late to learn something new, you’re never too old to find fresh challenges, set and achieve new goals, and — quite simply — recognise you are indeed good enough.