Pinning down the proof of the pudding… 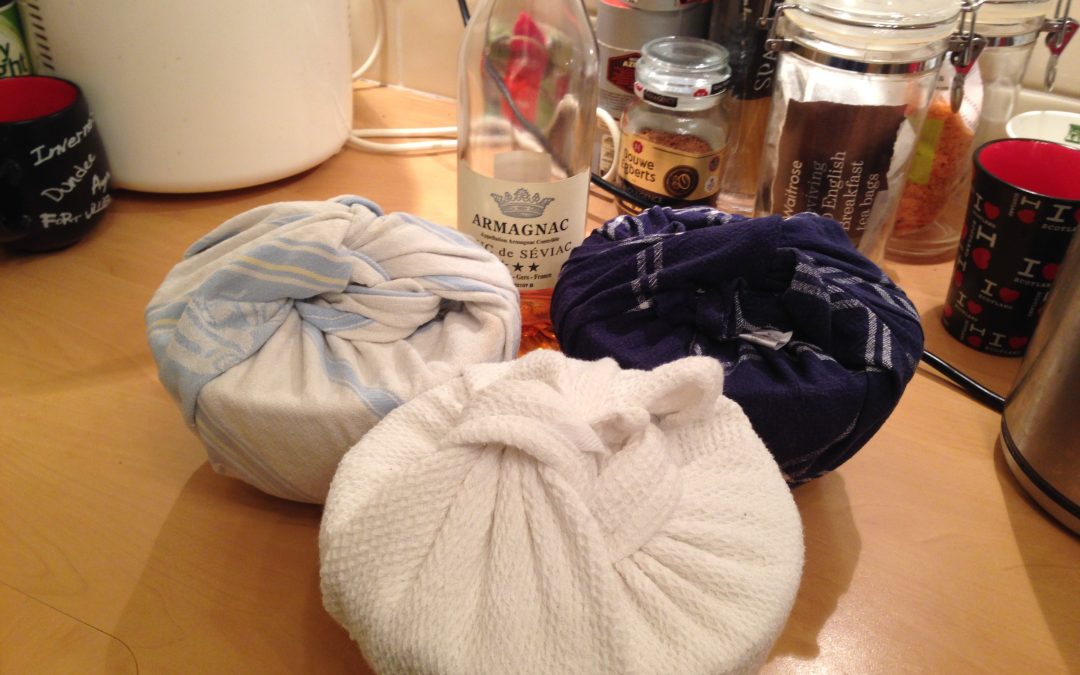 If I were to single out one true constant that has woven its way right through my life, from the far reaches of childhood to now, it would be…

The annual process of preparing, cooking, and serving the Christmas pud is — and I have cross-checked with myself on this — actually the only thread that directly connects me back via my mother to my maternal grandmother.

From a very young age, I was included in the gathering together of the ingredients and their blending in one of those large off-white mixing bowls. We were living with my grandmother at that time, and she was in charge; my mother was sous chef and I was observer and chief bowl and spoon licker. One of my earliest memories is of being a little over-zealous in my duties and shortly afterwards throwing up on the front door step — I sense this was the three or four-year-old me, and it was definitely before I started school.

We didn’t take very much from my grandmother’s house when we moved to our new flat after she died, but the Christmas pudding recipe must have had pride of place on the virtual van. When I think about this now, it’s actually surprising: my mother was not a passionate cook by any means — Monday to Friday, she did the bare minimum and wasn’t much more adventurous come the weekend (though she made a mean spotted dick).

But — for reasons I never explored and can only guess at — she was most faithfully wedded to making her own Christmas puddings.

Not any Christmas cakes, just puddings, and come the end of November, we would do what we’d done with my grandmother: assemble the ingredients, do the mixing, do the decanting into smaller bowls, do the sealing with greaseproof paper and foil, and do the topping off with a tightly-tied tea towel. And then came the grand steaming — six hours of vigilance during which you couldn’t venture far in case one of the pans boiled dry. 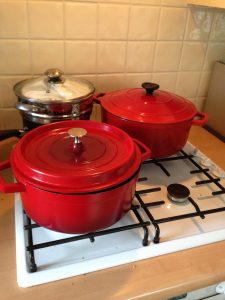 Then off would come the tea towels to be replaced with fresh ones, along with new greaseproof paper and foil. But before that would come a generous topping up of brandy, just to be on the safe side. That all done, the puds would be stored in a cool, dark, spot until they were needed. (We usually made several puddings and this meant some years we could miss out the mixing and instead look forward to a ‘vintage’ pud on Christmas Day. Unless we gave away a pudding or two, of course.)

And you know what? I still do this, all of this — including giving puds as gifts. A vegetarian since my mid-20s, I long ago abandoned the rest of the Christmas Day meal, but the pudding remains. In fact — as my daughter will attest — the pudding doesn’t just remain, it takes centre stage. Neither of us is especially bothered what we eat in the run-up to the pudding, because the pudding is what matters. It’s all that matters.

The two-hour Christmas Day steam followed by anxious transfer from bowl to plate, then the dousing in brandy, the striking of the match, the purple flames, the oohs and the aahs — all these stops along the way are as important as the actual eating (with custard — traditionally Bird’s but I have to confess that last year we were seduced by Waitrose’s ready-to-serve Madagascar Vanilla…)

There’s always too much pud to finish in one sitting, so then there’s the joyous prospect of more pudding, more custard, to punctuate those lazy days that follow Christmas. The subtle change in texture, slight shifts in flavour — all part of the pudding odyssey.

Exploring all this now, I can see for the first time that my scrupulous preservation of this recurring ritual has to be about more than just doing something I enjoy. Like my mother before me, I am more of a functional than adventurous cook, so my dogged adherence to playing by the pudding rules suggests that I have been faithfully keeping alive something of more consequence than simple tradition.

Main image: a trio of my Christmas puddings from 2015 after their long steam and re-dressed ready for the big day