How I missed out on the chance to become a barrister… 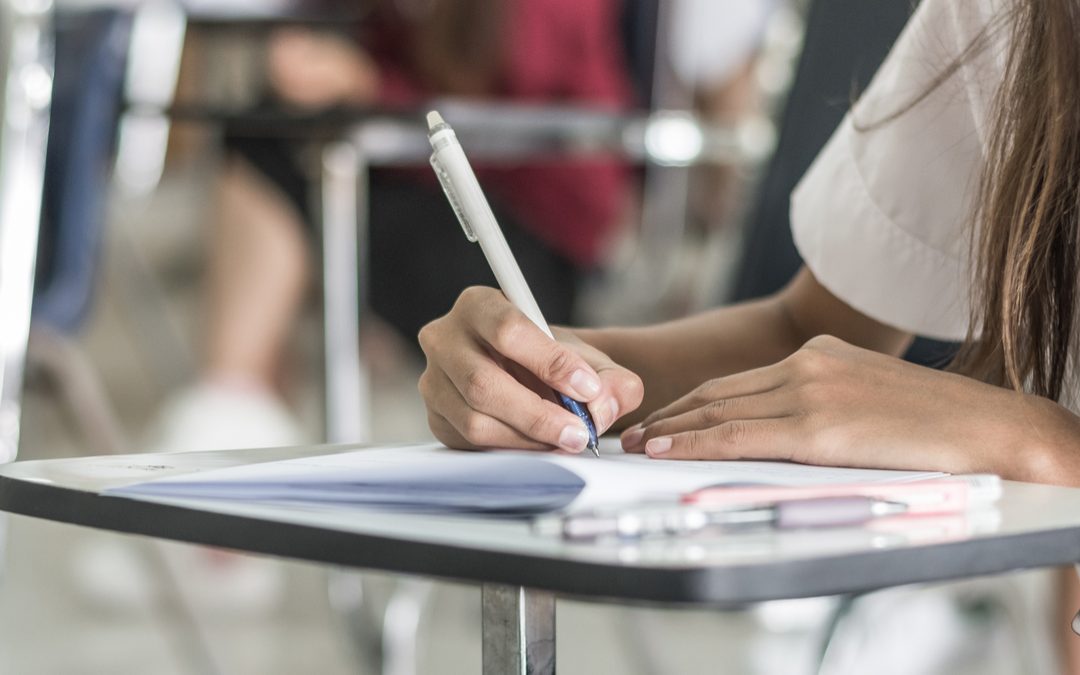 On to Day 7 and this time I’m tasked with writing ‘something about a time you missed something — good or bad. Maybe it was a deadline, a family occasion, a plane, a test… Maybe the outcome was disastrous or fortuitous’.

I don’t have to work hard to transport myself back to being 16, sat in the school library with nose dripping and piggy eyes itching, trying to focus on one GCE exam paper or another.

Wrestling unsuccessfully with hayfever under duress is not, it’s fair to say, among my happier memories of adolescence and unsurprisingly my exam results were not as good as my course work had predicted.

But there was something else at play: I found the whole exam experience extremely challenging, intimidating, and regardless of how hard I’d revised the minute I turned the paper over I struggled to recollect a single damn thing.

Those were the last school exams I took — the way I’ve always told it is that I simply rebelled a term or so into A Levels and dropped out of school, so closing down the chance of going to university as my peers went on to do. My parents were hugely — and justifiably — disappointed, as I was chucking away opportunities they’d never had.

But, with that distilled, heady, arrogance of youth, I knew best.

I didn’t, of course, and I now realise that a subconscious driver for the route I took was undoubtedly avoiding being confronted with another exam paper.

In fact, I did pretty well without going to university or sitting any other kind of an exam, until the summer of 2005 when all my demons returned to bite me vigorously on the bum.

At that point, I had finally made it to uni, without an exam in sight. I’d completed a post-graduate diploma in employment law, graduating with the equivalent of a first from Robert Gordon University in Aberdeen, and I wanted to make this my new vocation. A brave move, you might say — switching from journalism to the Bar at the age of 50, but I was determined.

I was accepted on a conversion course at Northumbria University and — as I had at RGU — was getting high marks across the board for all my essays. But while the RGU syllabus had only involved one piffling exam — I got my lowest mark for this, which should have rung an alarm bell or two — the Northumbria course was littered with them. What’s more, you had to pass all the first year exams to proceed to year two.

Although I flagged up my concerns around exams to my tutor, I guess all he could see was a confident middle-aged woman producing exceptional coursework and he chose not to take me seriously. There wasn’t really anywhere else to go, so I just rolled with it.

You can no doubt guess the rest.

I recall in absolute detail and with absolute horror what happened when I sat down for my first exam. Everything — and I do mean everything — fell out of my head like letters cascading down a screen. I made a valiant attempt to answer a couple of questions, and then the tearful, rebellious child in me reared up and I put down my pen.

I somehow managed to scrape through two more, but I failed the third and that meant I had to resit all four.

So I psyched myself up all over again, rocked up a quivering wreck for the resits — and once again passed two (a different two) and failed two. I now actually had a full set of passes, but I was nonetheless not allowed to proceed to year two as I hadn’t got them in one sitting.

For myriad logistical reasons, I didn’t have the time and space to leave it another year and try again, so I reluctantly had to give up on my goal of becoming a barrister. Instead I went back to RGU — having carefully checked I was returning to an exam-free zone — and upgraded my diploma to a Masters degree in employment law in 2007. (If I’m feeling swanky, I can put LLM after my name!)

So that’s the story of how my exam phobia (may as well call a spade a spade) led me to miss out on the opportunity to find out if I could be a barrister. In reality, without some serious therapeutic intervention to overcome this challenge, I’d likely never have made it — the road to the Bar is paved with one bloody exam after another!

Regrets? Not really, as I’ve never played the ‘if only…’ game and life’s mostly been good to me. I would though like to think that schools and universities are now better able to identify students with issues around exams that go beyond simple nerves and intervene early enough to stop others losing out the way I did.