Honestly, everything’s just fine with me… 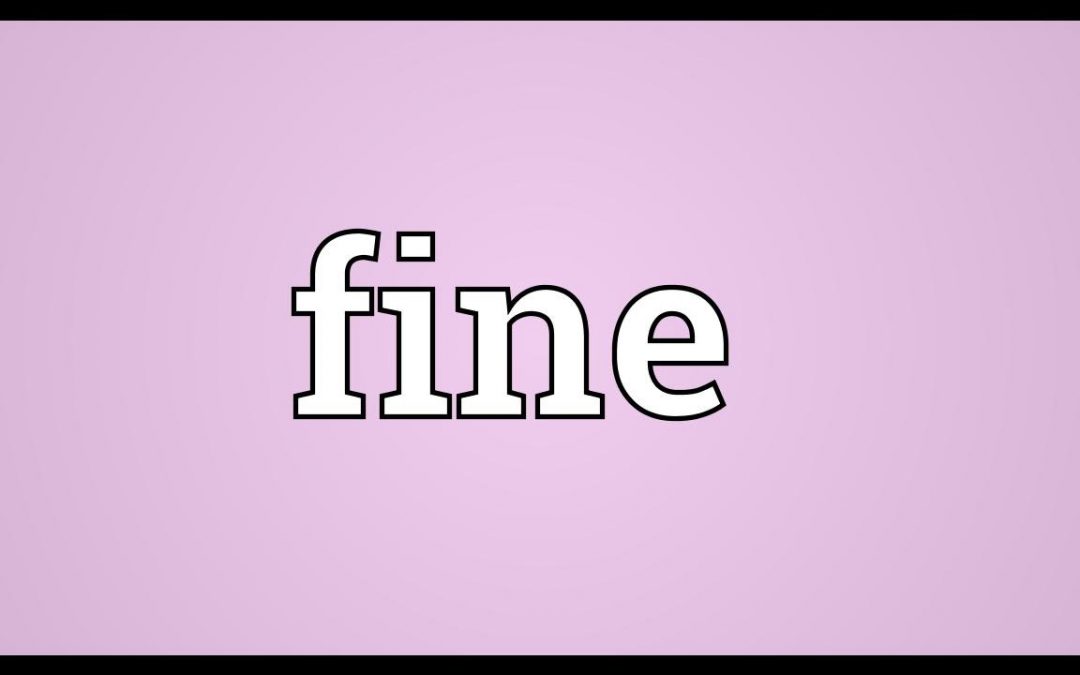 We’ve arrived at Day 14 of my 21 Days of Courage, and I’m exploring why I use one particular word as much as I do…

I apparently have a habit of labelling things as ‘fine’. I only know this because my daughter flagged it up to me a week or so ago.

She was particularly frustrated because she wanted my honest feedback on a project of importance to her and this was the best I could muster.

‘Why is everything always “fine” with you? Why can’t you say what you really mean?’

Why indeed? I have no recollection of when I first started this defaulting to ‘fine’, but I suspect it goes back a bit. It is, after all, such a magnificent omnibus word with such a broad reach of meaning.

It’s the second and third options that drive my daughter nuts and now I come to explore this in a bit of detail, I can see why.

Saying ‘fine’ really can be a cop-out, an easy (but lazy) exit strategy when you don’t want to offend, or don’t want something already a little confrontational to escalate, or you just want to close down a conversation.

And I am guilty of all those — I get really uncomfortable if I sense what I’m about to say is going to offend somebody, I am exceedingly accomplished at avoiding confrontations (as I explored on Day 2 of this challenge), and I would sooner close down a conversation than have it lead me into dangerously uncharted waters.

This strategy is one I’ve clearly perfected over the years, and probably has its origins in wanting a quiet life when I was growing up and avoiding situations where what I said or did could be the source of any disappointment, especially to my mother. By saying ‘that’s fine’ I could — and, it seems, still do — neutralise pretty much anything.

But it’s time to stop defaulting like this and start paying a little more attention. My daughter wanted my honest opinion and she deserves better than an anodyne reflex reaction. I dread to think how many other times — especially when she was herself growing up — I may have responded with a ‘fine’ and switched my attention elsewhere when what she needed was to know what I actually thought and felt.

So it’s time for some self-awareness here. I’m a little late rocking up to the 2020 New Year’s resolution party, but nonetheless here I am: from now on, whenever I feel a ‘fine’ coming on, I will stop and ask myself whether it’s absolutely appropriate or whether I’m just wimping out again.