Flashbacks at a time of letting go… 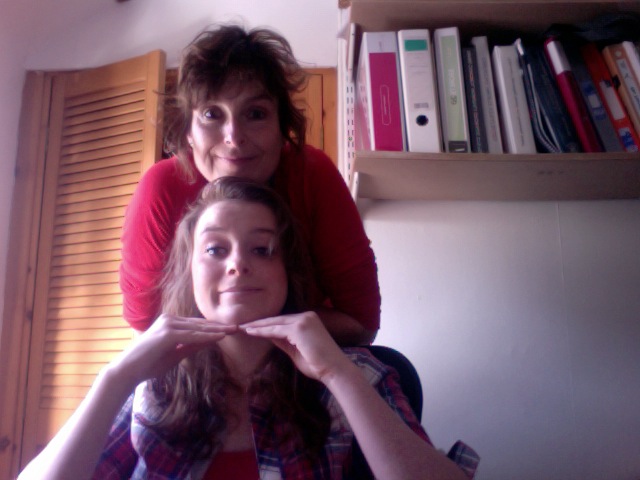 Parking spots were hard to come by the day my daughter started the next chapter of her life as a student in Dundee.

The car was loaded with all that stuff parents gather together for first-years, and we ended up some distance from Abertay University’s spanking new halls of residence, the place that would be her home for the forthcoming year.

So we assembled the first pile of stuff and joined a queue to get into Claire’s tower block. In that queue she met her first friends as we all, parents and students alike, stood around slightly awkwardly waiting to get in.

And then word filtered down the queue: the lift was out of action. The shiny new lift in the sparkly new tower block. Hey ho. Let’s just say that by the time we’d made the multiple trips up and down the stairs, back and forth to the car, we were both knackered.

But Claire was in. She had her own room, with en suite, in a shared flat on — I think — the third or fourth floor.

In the event, she didn’t spend much time there: the new friends she’d met in the queue were both a floor down, sharing the same flat, and that became Claire’s de facto home for the first year. The three of them then went on to rent together for the rest of their time at uni, and now — more than 10 years later — are all still close friends.

Of course it’s a cliche, but that day back in October 2010 did mark a moment of closure.

In fact, it closed it more thoroughly than either of us probably anticipated at the time, because I left Scotland a year later and Claire and I have not lived under the same permanent roof since.

I knew I wasn’t going to suffer from empty nest syndrome: my life was sufficiently rich and complex to preclude that sort of loneliness and I was perfectly comfortable with this inevitable and natural transition from child to adult.

Even so, I do remember sitting alone in my car after we’d sorted out her room and I’d left her in this strange place — strange to all its occupants, of course — and having a series of flashbacks: my Claire as a baby, as a toddler, as a Primary 1 pupil, as a secondary school student, as a bolshy teenager.

And now, letting her go to become a young adult ready to embrace independence.

It struck me then — as it strikes me now with the retelling — that those phases of our lives are so vivid, so brief, so precious, so transient. We wish them gone in the heat of the moment at our peril.

Image: Me and Claire messing around in early October 2010 at our then home in Cruden Bay before she left for university.