Finding the courage to stay on the rails… 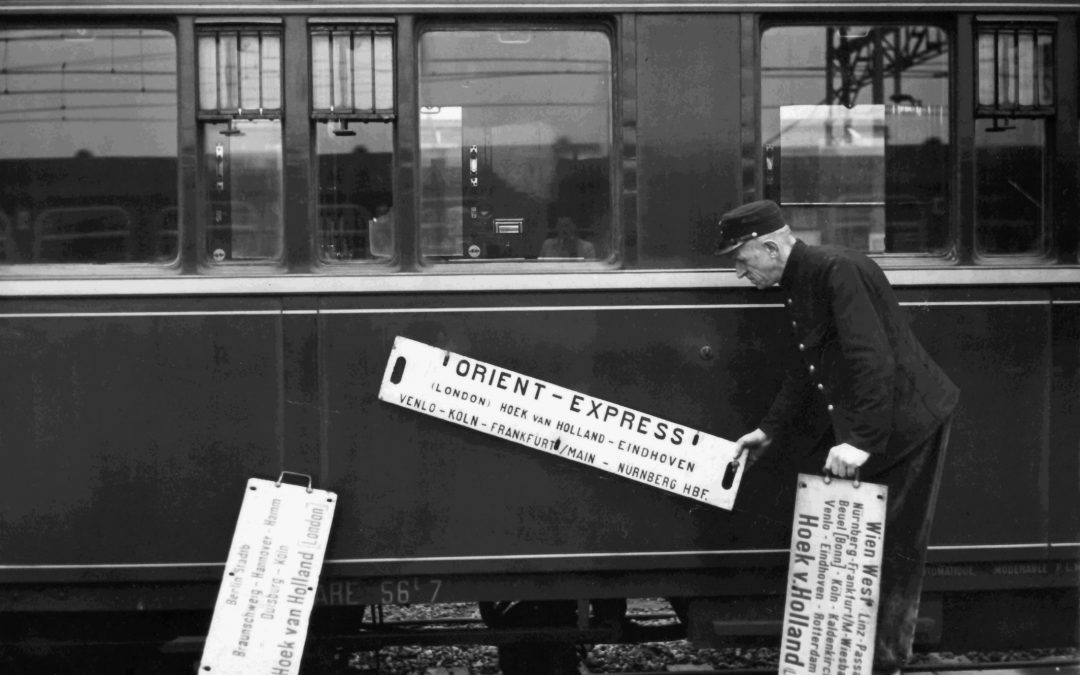 This writing challenge is the brainchild of Megan Macedo, founder of Be Yourself Marketing and a hugely accomplished writer herself…

I’m once again one of a group of people — from across the world and from an eclectic mix of backgrounds — who are taking part, and each day Megan is giving us a prompt so there’s a loose thread running through what we all produce.

I’ll not be sharing the prompt, just what flows from it within my theme which this year is 21 Days of Courage.

Always good to start with hunting down a definition, and besides it’s excellent displacement activity while you’re still wrapping your head around the actual task in hand.

I had assumed that ‘courage’ would have a pretty much uniform definition, but it doesn’t. Which is handy, because over the coming weeks I get to pick and choose the emphasis that best suits each day’s topic.

So, from dictionary.com we have

The Cambridge Dictionary’s definition is:

And from the real-life bookshelf my trusty Concise OED says this:

For today’s assignment, I am favouring the OED’s spin — ‘the ability to do something that frightens one’.

I’ve already alluded to my slightly odd family and our annual — and often tortuous — sorties to seek out the sun. Well, we did the same thing in winter. My father’s birthday was 27 December, a truly crap day for a birthday, and for many years it was the day we left London behind and set off to go ski-ing.

I say ‘set off’ because this was not just a case of heading to the airport and arriving in our resort several hours later. To be fair, you couldn’t so easily do that back in the 1960s but my father — for he was the navigator in chief — nonetheless managed to concoct some spectacularly convoluted routes to the snow.

Over a period of — I think — around five or six years we headed for a tiny resort in Slovenia, then part of Yugoslavia, which is, oddly, no longer a resort. Pokljuka sits above glorious Lake Bled and the tortuous mountain road between the two was frequently blocked for days at a time which often added some extra stress to the proceedings. But I digress — there were multiple moving parts involved before we got anywhere near Bled.

We would get a taxi to Liverpool Street station, and from there we’d travel by train to the port of Harwich where we’d board a ferry. Seven hours later — sometimes longer if the North Sea was being bouncy — we would disembark at the Hook of Holland and join one of the assorted trains once labelled ‘Orient Express’.

Our train was — as I recall — ultimately destined for Istanbul, trundling across a vast chunk of central Europe to get there, acquiring and offloading passengers along the way. These were really long trains — even allowing for a child’s perspective — and I can recall in astonishing detail what our Compagnie Internationale des Wagons-Lits carriages looked like, inside and out. They were old even then, many dating back to the 1930s, full of beautiful polished wood and plush seats that miraculously turned into our beds at night. I can still bring to life the crisp white sheets, comforting blue night light, and the potty under the sink that meant you could have a nocturnal wee without braving the corridor.

And so we would travel through the remains of the day and into the night and at some point, my parents would announce that it was time for dinner. That’s dinner in the restaurant car — another haven of iconic nostalgia, all mirrors, sparkling white table linen and silver cutlery. (I still have a Wagons-Lits knife, which I ‘borrowed’ many years later.) The food was restaurant quality, cooked to order and immaculately served, and I realise now how extraordinarily privileged I was to have had these annual experiences.

But there was a catch, and for a child of six, seven, eight or so, it became something I came to really dread. To get from our carriage to the restaurant car many, many carriages away involved one of two super-scary options: walk through the train, or get off at a random station in the middle of nowhere, leg it up the platform, and hope you can get back on in time.

It’s pretty obvious why Option Two would be scary — I’d be more than a tad twitchy doing that now, never mind as a child! But while Option One sounds benign, it was actually anything but. I was terrified of making the transition from one carriage to the next, across those footplates with the track whooshing past below. Unlike today’s trains, the plates on this old rolling stock were never in synch and you had to very consciously time your transit from carriage A to carriage B to avoid slipping. As an added bonus, there was sometimes ice or frozen snow on them. For a child of six, seven, eight this was truly the stuff of nightmares.

I would stand there at every carriage end, a parent on either side of this hideous divide, edging my way forward and then back until I somehow managed to step into the noise and the dark, scuttle across, and grab a hand. Close my eyes and I am easily back there, on a train somewhere in — at a guess — Germany and doing that ‘I can’t’, ‘I can’, ‘I can’t’, ‘I can’ pas de deux we all do when we’re truly fearful.

It’s so often the apparently trivial challenges that require the most bravery and while I can point to assorted other childhood moments that required the mustering of courage in some measure on my part, it’s my love-hate relationship with those fabulous European trains that still does it for me. Every time.

And if I’m honest, I’m not entirely comfortable walking through trains, even now, all these years later. There’s always a frisson there, a little learned response ready to give me an evocative nudge that I may be about to do something just a little frightening.

(There were various other fairly hair-raising elements involved in getting to and from Slovenia, but that’s for another time…)